It is estimated that in the United States 11 percent of women ages 15-44 have endometriosis. It is especially common among women in their 30s and 40s, and estimated to affect more than 6.5 million women in the U.S. 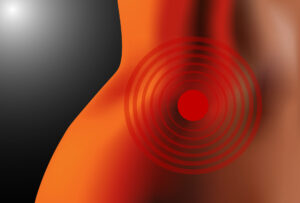 In many ways, endometriosis is a mysterious disease. We don’t know why in some women part of the menstrual flow (called retrograde menstrual flow) streams up the fallopian tubes and into the tissue surrounding the ovaries instead of going down and out the uterus. The endometrium around the fallopian tubes and in the membrane lining covering the abdominal organs (peritoneum) thickens, breaks down, and bleeds as it would in the uterus during menstrual cycles. This can cause inflammation which in turn promotes the formation of adhesions (scar tissue).

We may not know precisely what causes retrograde menstrual flow, but it’s widely believed that there is a hereditary component. If your grandmother or mother had endometriosis, you are predisposed to develop endometriosis yourself. Though you can’t prevent endometriosis, there are some things you can do to reduce your chances of getting it. We know that estrogen promotes the development of endometriosis, so ensuring that any hormonal birth control you are taking has low doses of estrogen is important. Avoiding excessive consumption of alcohol and caffeine is considered helpful, as is exercising regularly.

Endometriosis is progressive. It develops slowly over time. If left untreated, there are different courses endometriosis can take. Symptoms can include painful intercourse, infertility, bleeding between periods, gastrointestinal issues, and lower back pain. Infertility and pain are among the first symptoms. If left untreated, endometriosis can cause pelvic structures to adhere to each other. The disease can eventually cause ureters (the tubes bringing urine from the kidneys to the bladder) to close, possibly ending in kidney failure. Endometriosis can even grow in incisions and on body surface skin. For these reasons, it’s important to diagnose and treat endometriosis as soon as possible.

Many women who have experienced this disease continue to live happy healthy lives. You are not alone. 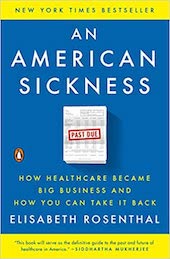 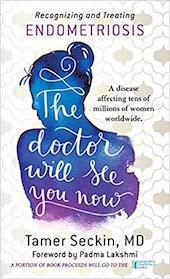 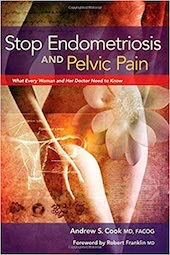 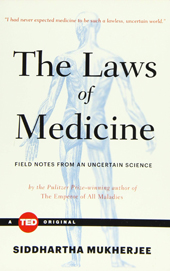