There are many ways to induce labor. Your obstetrician probably has one or two ways he or she prefers and has little reason to tell you about the other methods of induction. I will describe all the ways that have commonly been used to induce labor and then will tell you the ones I have found most useful in my deliveries.

With all the mechanical methods of induction described below, the babies did quite well, but the mothers often got infections.

In the past, balloons have been used to cause cervical dilation. This method can be used in a clinic without going to the hospital. A Foley catheter is inserted into the bottom of your uterus and filled with five to ten milliliters of sterile water and left in place overnight. The next morning you present to the hospital labor and delivery department where the Foley catheter can be removed.

Sometimes we would place F2alpha (a prostaglandin) in the uterus through the catheter.

This method does work, but there is a high infection rate.  If the balloon did not work, as is often the case, Pitocin is then administered after the Foley catheter is removed.

Luminaria is another mechanical means of dilating a cervix, but this method has fallen out of style. Lumineria is seaweed which is dried, which shrinks it, and six to seven sprigs are placed in the vagina near the unfavorable cervix. When I was in residency, it’s use was quite common.

The seaweed absorbs the liquid in the vagina, causing the cervix to enlarge, which dilates and softens the cervix. Once labor starts, the seaweed is removed.

Fifty or sixty years ago, the buccal pit was very popular. It was a tablet that was placed in the mouth beside the lower jaw. The primary reason for using the buccal pit was convenience. There was once an obstetrician many patients liked, but he wanted to deliver his babies in one or two days so he didn’t have deliveries the rest of the week. All his patients due that week got induced with buccal pit on Monday or Tuesday. He was known to have delivered 16 babies in one day thanks to buccal pit.

When the first buccal pit tablet had dissolved, another was placed beside the lower jaw until the mother started to have contractions.

The buccal pit is no longer used primarily because once the contractions start, the medication  cannot be rescinded, that is, there’s no way to halt the effect of the tablets once they have dissolved.

An even older induction medication was methargine. There were even ads in the newspaper about the safely of methergine for the mother and child and that the obstetrician didn’t need to stay with the patient.

Pitocin given by IV has appeared on the induction scene relatively recently. it is a synthetic oxytocin which has been popular for several decades because it can be rescinded, that is, when the Pitocin IV is stopped, contractions will stop. For example, if fetal distress is detected, the Pitocin can be stopped and the fetus can rest a bit before starting the Pitocin again to get the contractions going again..

The problem with Pitocin is what we call pit pains. The Pitocin can cause contractions to increase quickly to a high point and decrease rapidly. This type of labor contraction can be very ineffective. This leaves the obstetrician with the choice of either shutting off the Pitocin or performing an epidural and increasing the Pitocin.

There are various kinds of prostaglandins used for what is termed cervical ripening. If a cervix is favorable, that is, showing signs of being ready for delivery, small amounts of Cytotec can hurry the process along. With a favorable cervix, I would place 25 mcg of Cytotec in the uterus. Only rarely did I follow with a second 25 mcg dose. If the Cytotec does not lead to contractions with 25 mcg of Cytotec, , the cervix not ready for delivery.

There are various kinds of cervical ripening agents. Most of them are very expensive and some of them are rescindable, although the contractions do not to stop very quickly with these agents.

I often used prostaglandin F2alpha (PGF2 ) for induction. I had th PGF2 compounded by the pharmacy for my inductions. It cost about $5 a dose. Now the pharmaceutical companies are manufacturing it and selling it for $300.

There are many concerns to be addressed with induction. I recommend patients talk to their doctor about cervical ripening vs. the need for epidurals, which are common with Pitocin inductions. You have many choices in labor and delivery, but my experience leads me to believe the less intervention in labor and delivery, the better. 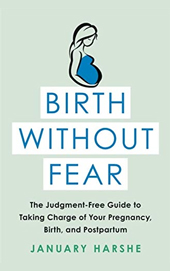 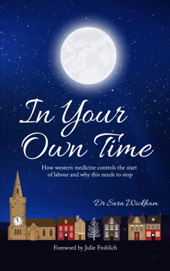 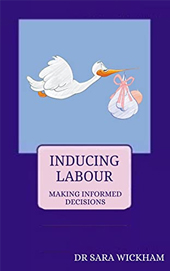